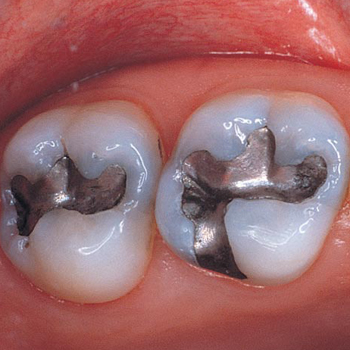 Silver Mercury Fillings: The poison in your mouth

Home » Silver Mercury Fillings: The poison in your mouth

You’d never intentionally pour chemicals into your mouth or ask for extra pesticides on your food, so why do so many Americans accept mercury fillings in their teeth? Mercury fillings, also known as silver fillings, are so dangerous that it seems inconceivable that any dentists would still use them to fill cavities.

Yet most adults in America have at least one mercury filling in their mouths. By recognizing these fillings as the poison they really are, you can take steps to remove them from your mouth and safeguard your health.

What Are the Dangers of Mercury?

These fillings contain about 50 percent mercury, this is a highly toxic element that presents serious health concerns. Mercury is actually one of the most poisonous elements on earth! As a result, the World Health Organization (WHO) believes there is no safe level of mercury for humans to touch or ingest.

There’s no clear logic to explain why the American Dental Association has not banned the use of mercury in fillings. Mercury vapor is known to cause immunological, neurological, and psychological problems.

These are some of the most common symptoms of mercury poisoning:

Mercury has also been linked to serious diseases like Alzheimer’s, thyroid disorder, and Multiple Sclerosis because it has such a destructive effect on the body’s immune and detoxification systems. So why do dentists continue to provide amalgam fillings to patients?

How Mercury Fillings Threaten Your Health

If you have mercury fillings, the mercury vapors are released into your bloodstream every time you brush, or drink a hot beverage, or chew your food. Those vapors pass easily through cell membranes, across the blood-brain barrier, and into the central nervous system. It can seep into every cell it contacts to cause immunological, neurological, and psychological problems.

Since the effects of a heavy metal like mercury are gradual, you may not even realize the damage occurring until your health has become compromised.

What Do You Do If You Have Mercury Fillings In Your Mouth?

If you are like so many other adults who did not learn about the perils of mercury fillings until years after you received them, it’s not too late to restore your health!

We at Natural and Cosmetic Dentistry follow the safe protocol for mercury fillings removal. it’s essential to take precautions that prevent the mercury from causing health problems.

Our doctors use a rubber dam to isolate other teeth and prevent the mercury from going down your throat. They also utilize a super strong dry suction to ensure vapors are eliminated and exit the building immediately as well charcoal to absorb the amalgam dust.

Call 727-888-6523 now to make an appointment at Natural and Cosmetic Dentistry and begin the important process of helping your body heal from mercury poisoning!